Celebrating 33 years of providing relief to the most vulnerable

Celebrating 33 years of providing relief to the most vulnerable

This year marks the 33rd anniversary of Islamic Relief. Founded in 1984, Islamic Relief has since grown steadily and is now operational in over 40 countries throughout the world.

It began in response to a famine in Sudan, and received its first donation of 20p from a young boy, Bassem, nephew of Dr Hany El Banna, the founder of Islamic Relief. The founders, a group of medical doctors and activists, worked with an enthusiastic team of volunteers from a small office in Birmingham.

They raised £100,000 for those affected by the famine and established what has become one of the largest faith based NGOs with a worldwide annual income of over £100 million.

“Thanks to the support of our generous donors in the UK and around the globe, Islamic Relief has been able to deliver over £1 billion worth of aid in its 33 year history,” says Imran Madden, Islamic Relief’s UK Director.

“This is a truly incredible achievement which means we have been able to reach millions of people around the world, providing relief through effective disaster response and long-term poverty alleviation programmes.”

Have a look through the album below which highlights our achievements from each year since 1984. 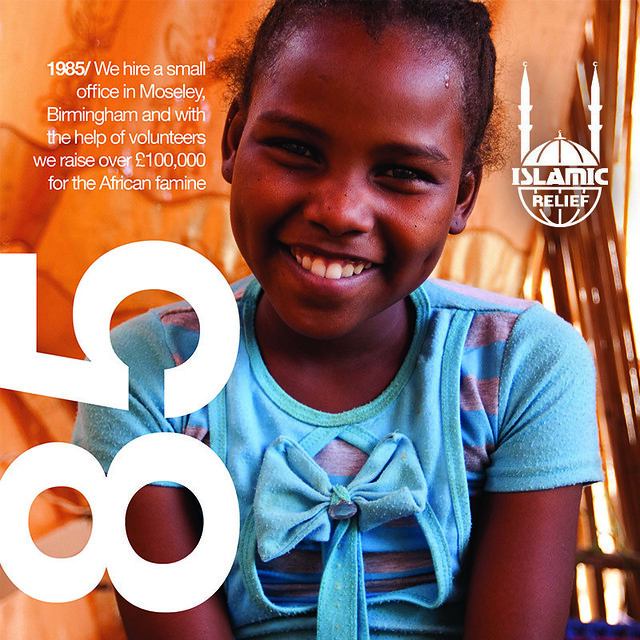