Bringing a tear to the eye of a storm

Bringing a tear to the eye of a storm

“We arrived at the island of Botigues before dawn, one of the many small islands overlooked by media coverage of Typhoon Haiyan. Before we arrived, people had not yet received aid or assistance, with the exception of a handful of tarpaulins. There was no electricity, and 90% of Botigues’ homes had been destroyed.

Walking through the mass of debris that lines the waterfront, we spotted the proud figure of an elderly woman, Epefania Desamparado. She stood in the distance, in front of what remained of her house. Strong and defiant, we could almost picture her standing throughout the typhoon, as it swept away everything around her…but as we drew nearer, our impression changed. She was a frail and gentle old lady, whose face held the look of one who had stared into the eye of the storm and never wished to catch its gaze again. Behind, only one emaciated corner of her house remained, standing defiant yet broken, just like her. Breezeblocks hung from rusty rods of steel, and pieces of furniture, possessions and memories were scattered all around. A fallen wall lay across the wooden bed where she could have been sleeping, and we were reminded of how close many of the survivors came to death. 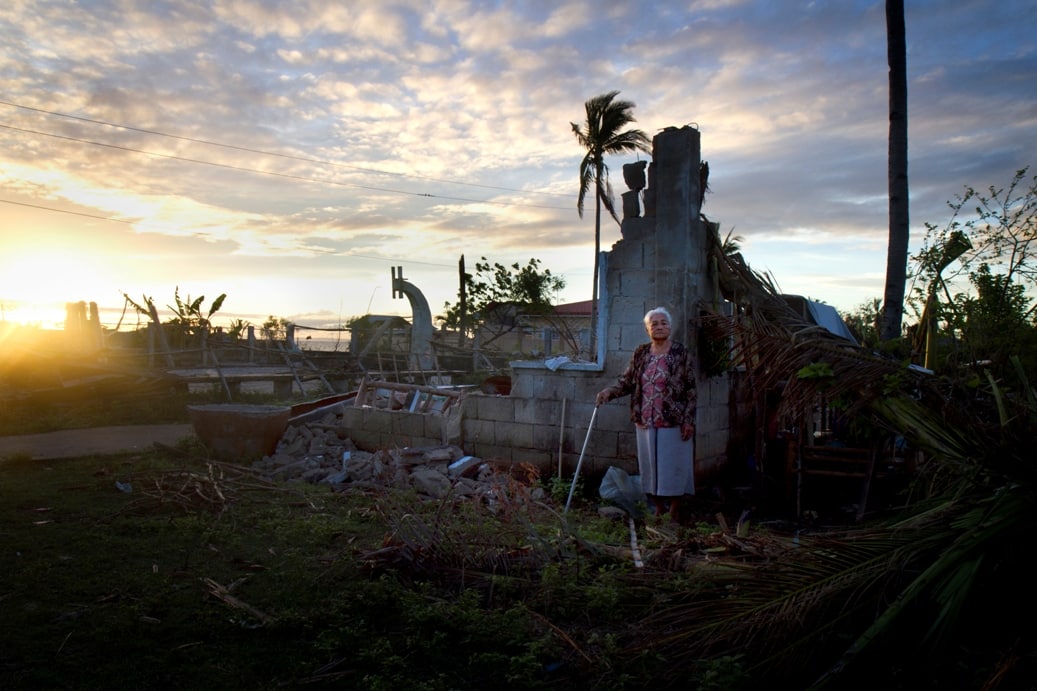 Almost as soon as we greeted her, memories of the night flooded back and a tear came to her eye. She seemed to sense not that aid had arrived, but rather some form of kindness; someone to lean on for just a moment. So she leaned on us, gazed off into the early sun, took a breath, and gathered herself. We tentatively asked how she was, and she silently led us to the back of the house, behind what was left of the back wall. There we found a bamboo bench covered by a thin plastic sheet, no bigger than a tablecloth. Under the sheet were a few small items; a jar of sugar, a couple of salvaged possessions. It looked like the kind of camp children make when they play house – except that it was real, and it was her home.

She rested the cane she is leaning on against the wall, sitting on a plastic garden chair that we found nearby, and began: “The storm came around 2 am. First, it took the roof off the house, and then after a while, it stopped – for ten minutes there was nothing.” Epefania was directly in the eye of the storm, a brief period of stillness before the second wave of winds hit, blowing up to 235mph. “Then the winds came again, pounding on the walls. The sound was so loud, shaking everything harder and harder until the walls came down.” She sheltered with her extended family nearby, as her house and possessions were carried off across the island. 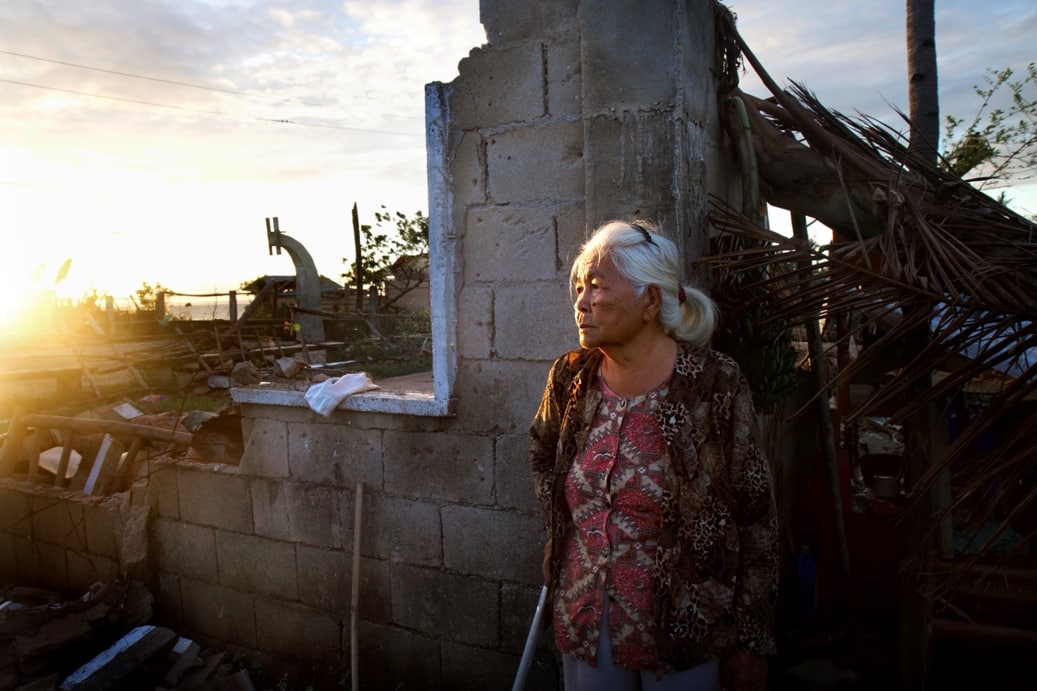 We could tell that the arrival of the emergency tent brought her not only shelter but also a feeling of independence. We asked if she’d like the tent by her house or by her family’s house nearby. Her answer was clear as she limped off and began to clear the ground for the tent, flicking away branches and small rocks with her cane. She told us that she had been staying in the makeshift camp behind her house to stop scavengers who came to taking her wooden furniture. It was all broken and strewn across the place, but it was hers and she wasn’t going to give it up. Her energy spurred the emergency response team into action.

We sat her down and the team carried on to what she had begun. First, they cleared the ground, moving branches, bricks, and glass to make space for the tent. A form was brought to her, and as soon as she signed to acknowledge receipt of the tent, our team of local volunteers erected the tent efficiently and with a definite sense of pride. Our first tent was up.” 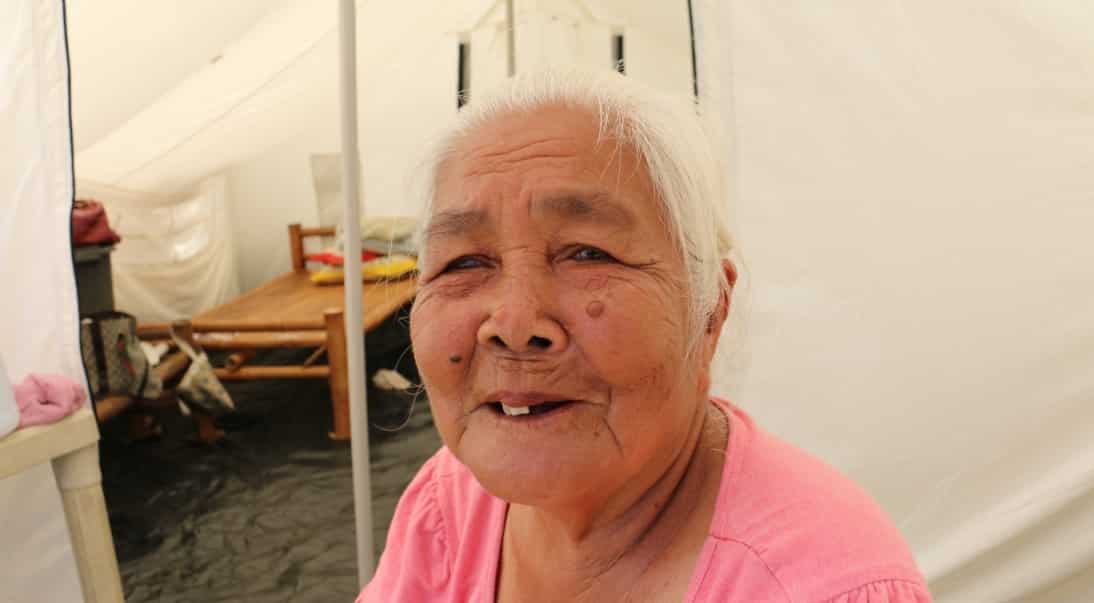 A delighted Epefania with her new temporary home