A short, 30min flight over to Jessore meant visiting the most vulnerable part of Bangladesh to climate-related disasters. Amongst the seven districts funded by UK Aid match, “Khulna” and “Satkira” were penned onto the itinerary.

It’s almost unfair to not mention the incredible scenery that swarmed around us during the 3-hour car journey we faced on the other side of the flight. Whilst we gawked in awe, I could only praise the magnificence of the one who constructed such beauty with his divine ingenuity. How could we as travellers be spoilt with the glorious beauty laid before our eyes and yet be the architects to it’s very own destruction? The Ayah “It is He (Allah) that has appointed you (mankind) as stewards in the Earth…” (Qu’rán, 35:39) clouded my thoughts. 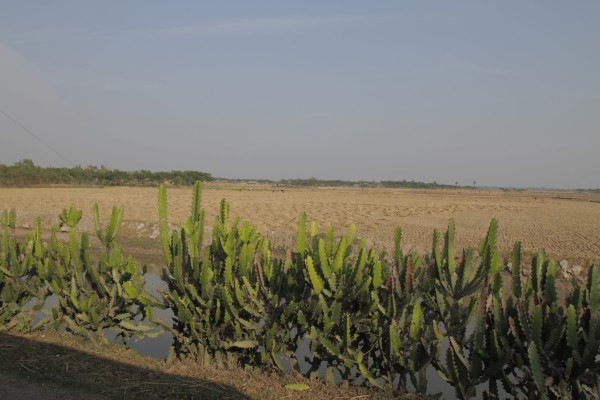 A pit stop to the hotel with lunch, Salah, and the opportunity to freshen up, the much eagerly anticipated moment of meeting the beneficiaries was imminent.

A relatively short drive took us into some of the most exposed areas to climate related disasters. During our visits, we encountered a number of beneficiaries, all resembling each other in their incredibly strong minded attitudes, the will to learn and more importantly the gratefulness and humble attitudes. While we live a life of comfort, with tough times being the absence of hot water from our boilers, these people’s entire lives were washed away. To be able to get back up with nothing takes something I doubt I’d be able to do. After all, “Allah gives his hardest battles, to his stronger soldiers”.

What struck me most of all things was that Islamic Relief weren’t just handing out aid, nor were they blindly erecting homes and shelters but exceptional yet simple systems were being put into place to rebuild humanity. One idea that struck me most was the initiative of awarding a certain sum of money to an elderly woman who required a further sum in order to purchase a cow she would later sell for much more. Heart cords were struck when we were informed that the elderly woman, very closely resembling my critically ill grandmother was unmarried and was therefore alone. The woman however didn’t just stretch her hand out for the aid, she was required to galvanise those around her and bring together a relatively small sum to eventually receive further financial aid – a source of empowerment, an example of women’s equality in society and most importantly, a life of dignity.

We were incredibly fortunate to be able to gate-crash a meeting with the Disaster Management Committee. A team of elected personnel, both men and woman eager and determined to assess situations in their respected villages, come together to evaluate, discuss and plan for the future. My sylheti came of very little use during the journey, and using it during the meeting meant the drought continued, we resorted to speaking English with a translator at hand and couldn’t emphasise the wonderful work these people were carrying out. It was yet another example of empowering the people and handing the steering wheel over to them. Sat in front of the room, with all eyes on us, at one stage I felt like we formed a line up of suspects who were causing such chaos in their lives. An encounter between the vandalism crooks and the stewards of our planet. 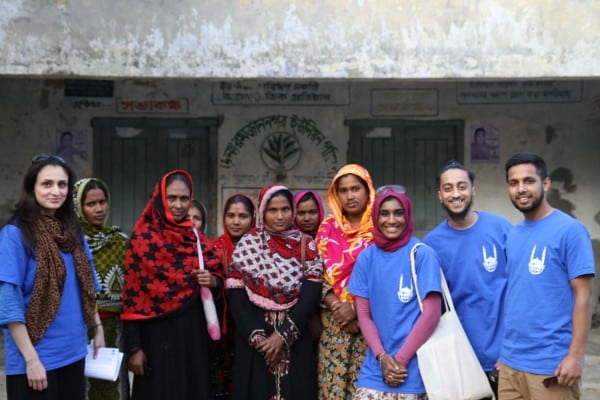 Overwhelming didn’t begin to describe the feeling during the journey back to the hotel. We resorted to a cart-wheel like form of transport which although we enjoyed, reflected the difficulty of transport and the very little development in such areas. It hit us badly; we only scratched the surface of Bangladesh.