PAKISTAN FLOODS: UPDATES FROM THE GROUND

Pakistan is currently experiencing historic flash floods across the country.

Donate to our Pakistan Floods Appeal now and help save lives.

The flash floods, triggered by Monsoon rains, have devastated dozens of districts across remote areas of Pakistan.

The disaster has tragically resulted in hundreds of fatalities, and with more heavy rainfall expected to arrive, the full scale of this tragedy is not yet known.

Islamic Relief is responding to the crisis, distributing vital aid and working with the local government to help communities recover from the disaster.

I travelled to the region from the UK to raise awareness of the ongoing crisis and assist with relief efforts.

Read on for facts and my updates from the ground. 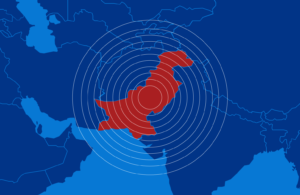 Tufail Hussain (Director, Islamic Relief UK) is currently in Pakistan overseeing our response to the floods.

This morning I departed from the UK to join the Islamic Relief teams on the ground in Pakistan in some of the most affected regions. I’ll be joining our team in Sindh who are working tirelessly to support the millions affected by the floods in the area.

I’m leaving for #Pakistan to join @IslamicReliefUK ‘s teams on the ground in Sindh.

I’ve touched down in the capital of Balochistan Province, Quetta, where it is currently 33 degrees celsius. Upon arrival, I met with the team on the ground for a security briefing and was made aware that 28 out of 35 districts in Balochistan have been severely flooded. As a result, the Provincial Disaster Management Authority has declared a state of emergency in all 28 affected districts. So far, 9 of the districts are in the most desperate need of immediate and urgent assistance.

🔴 Our Head of Fundraising, @Zia_Salik, is traveling to #Pakistan right now — where vulnerable communities are facing the effects of extreme flooding.

Zia will be joining our teams on the ground, who are delivering critical aid. Follow to keep up with his journey on the ground. pic.twitter.com/IGnMDQI26h

Tragically, over 200,000 acres of agricultural land have been destroyed in the province.

To further grasp the situation on the ground, I travelled to Mian Khanzai, a hamlet of  70 homes and 500 people in the Panchpai district. The villagers reported that within four short hours, waves started to make way from the mountains towards the village, destroying all 70 homes. The ordeal was petrifying for the residents, as several children were swept away before being caught.

The majority of the hamlet’s income is from agriculture, all of which has now been destroyed. With the crops now gone there will be no source of income for the next year.

Islamic Relief has provided each of the families here with cash grants to purchase basic essentials from the markets in the city. It’s evident that it will take a long time to rebuild their lives.

Today, I visited Batto village in the Nushki District, which is approximately 3 hours from Quetta near the Iranian border. The area is extremely remote, meaning that NGOs don’t typically operate in this area and the population is not receiving the support that they need.

The region is extremely hot, currently it is 45 degrees Celsius. This area in Pakistan is one of the hottest during the summer and one of the coldest in the winter, with temperatures dropping well below zero degrees Celsius. Between tremendously hot temperatures, the flash floods, and a looming harsh winter, the population is being thrust between extreme circumstances with no time to recover.

Tragically, a 400-year-old underground spring that used to supply the village with water has now been blocked with mud due to the floods. Now, the villagers have no water, and with their homes destroyed from the floods, they also have no shelter from the blistering heat. 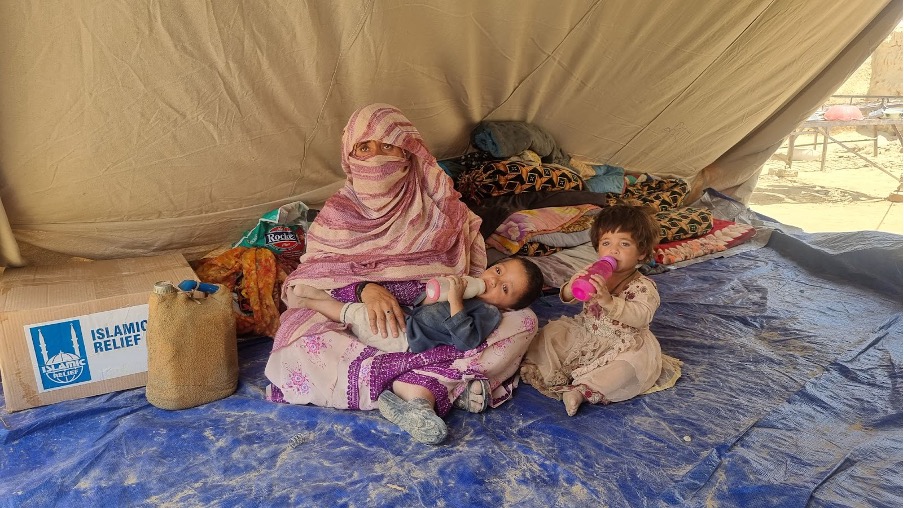 Aminah Bibi and her children

There, we met a woman named Bibi Aminah, a mother of 10 children and carer for six orphan children left in her care due to the passing of her brother. Tragically, Aminah’s home was completely destroyed by the recent floods. 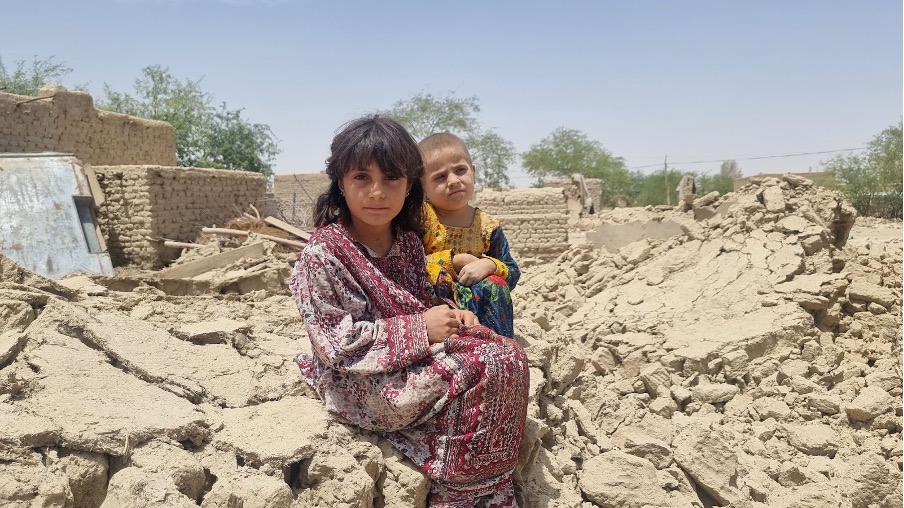 Upon hearing that Islamic Relief was distributing aid in the area, she visited each and every home in the village to gather representatives before seeking Islamic Relief staff and registering every household for aid. Aminah didn’t just want support for herself, her children, and the orphans in her care, but the entire village that’s suffered.

Islamic Relief has since provided 60 multi-seasonal tents for every family in Batto. Each of these tents are designed to last for the long term, including the winter months. However, they are intended to be temporary while Islamic Relief supports the villagers with the rebuilding of their homes.

The tents will provide protection from the elements across the seasons. The outer tarpaulin sheet acts a waterproof membrane against the rains which are expected to fall again the coming days, as well as a reflector, protecting the family from the blazing sun and scorching 45 degree temperatures.

Each family has also been provided with vital resources, including a home kit that contains essential cooking pots, pans, cutlery, plates, jugs, and cups so that each person can cook and eat with dignity. 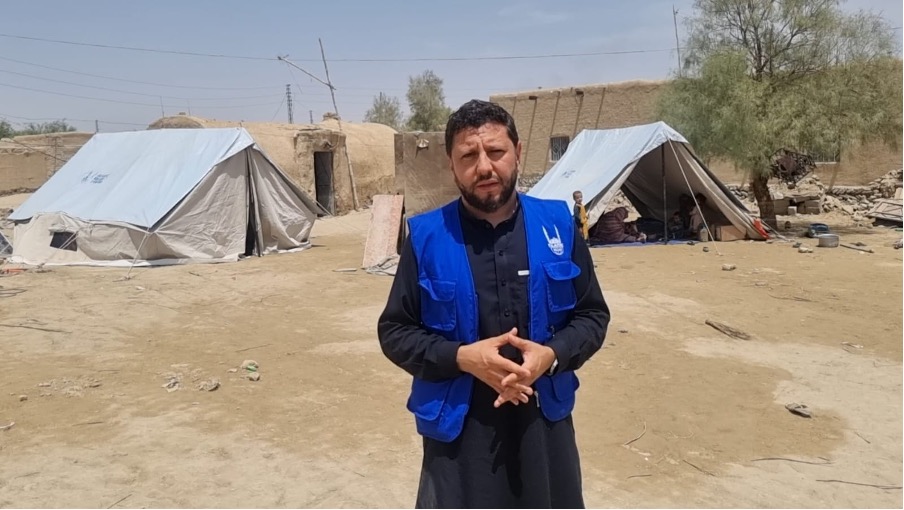 For families that have lost everything, these basic essentials are an immediate priority.

Donate to our Pakistan Floods Appeal now and help save lives.