My journey to Number 10 – Stand Up For Syria!

My journey to Number 10 – Stand Up For Syria!

Waiting at Liverpool Lime Street for the 6am train, my nerves began to kick in. As I reflected on the week-long petitioning campaign I had been part of – Stand Up For Syria! – I realised that today was going to be a momentous day.

I was fortunate enough to be one of the six people invited to 10 Downing Street, to hand in thousands of signatures demanding that PM David Cameron:

Our visit to Number 10 was very timely, as the very next day, the United Nations was coming together in Geneva to discuss peace in Syria. It was also revealed that a further 11,000 people were tortured under Bashar’s regime, which motivated us even more to make a big impact.

What made the day really special was that the six campaigners represented different strands of the Islamic Relief Family. Three long standing volunteers, one member of the London Muslim Centre and I were joined by the backbone of the campaign, Lotifa Begum – Islamic Relief UK’s Campaigns and Development Education Coordinator. 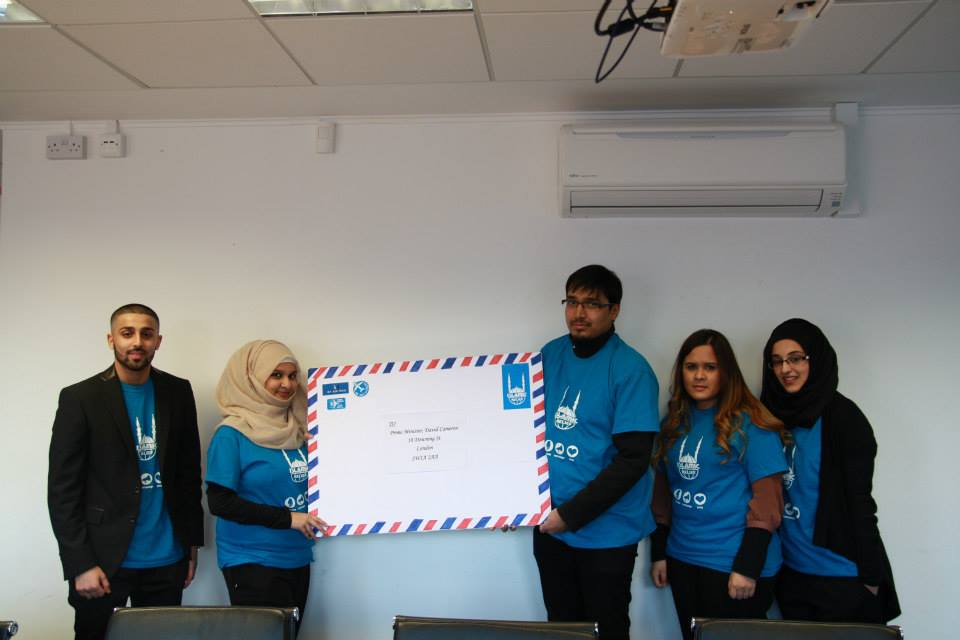 The team prepare to leave the Islamic Relief UK office

Back to the beginning

Let me rewind and take you on my journey to the doors of 10 Downing Street. It all started seven days earlier, when we received a message about the campaign from our North Fundraiser, Zia Salik. We had never campaigned on this level before, but we knew one thing was for certain – we would answer the call.

Within an hour we had utilised our manpower and contacts, arranging for the petitions to be distributed to local communities and mosques all over the North for the Friday congregational prayers. A media trailer was put together by one of the volunteers – everyone pitched in one way or another. When Friday arrived, I was humbled at the response from different cities. It was truly beautiful to see that communities stood up for Syria. 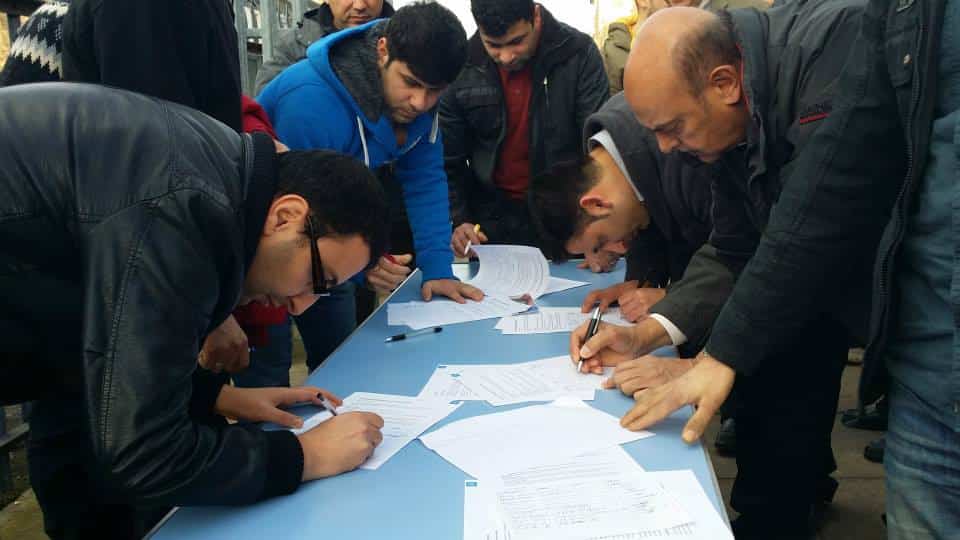 As we were briefed at the Islamic Relief UK offices in London, nerves began to over take over. We were actually going to Downing Street, the only Islamic NGO ever to deliver a petition there and I, Nadia Altairy, was part of it! It was so surreal.

What that echoed throughout my head from the briefing was the meaning behind the slogan: “Donate | Campaign | Pray”. Shaheda, the External Affairs and Campaigns Manager, explained to us how it was based on the Prophetic saying: ‘if one of you sees something wrong, let him change it with his hand; if he cannot, then with his tongue; if he cannot, then with his heart’. So beautiful.

We left the office, and finally arrived at one of the most iconic door steps: 10 Downing Street. We lined up with other volunteers next to the infamous big black gates, with press taking footage and photos. Eventually, guards took us through the gates. Our first step inside made me realise we had done it – we stood up for Syria, and we will continue to stand.

We were on the street itself…by now, I was rather excited. I didn’t know what to expect! One minute we were outside the gates with the hustle and bustle of London life, and the next we were inside the gates, about to drop off petitions in a historic moment for Islamic Relief.

It was an experience I feel privileged and honoured to have been a part of. As we stood outside the famous number 10, we marked a step not only for Islamic Relief, but for the whole of the Muslim community and future generations. I really understood that we were being heard, that our voices meant something and we were truly able to help those in need. 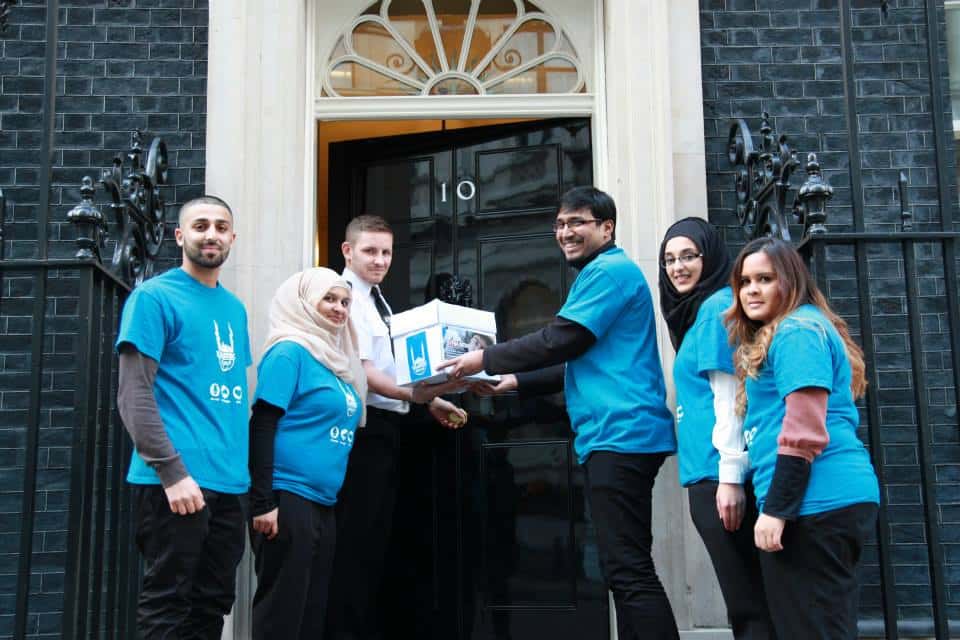 Handing in the petition at Number 10!

We continue to stand strong

From Downing Street, we made our way to a press conference with International Development Secretary, Justine Greening, Islamic Relief UK Director, Jehangir Malik and Zaid Al- Rawni, Head of Communications. On the way, we stopped outside the Houses of Parliament and filmed a one minute piece on what we did and why we were in London. In those videos, our passion began to surface; we all felt motivated and hopeful in our campaign.

At the press conference, we heard Justine Greening speak about Syria. She announced that a further £2 million was to be given to Islamic Relief – I was so thrilled thinking about how many lives would be helped with that money, providing with food and shelter, and how many kids could be given an education. This was a massive step forward for Islamic Relief, and I felt so proud to hold this organisation close to my heart.

As the day came to an end, we still had adrenaline pumping through us. I could not believe that I had been part of a historic day for Islamic Relief, for the Muslim community, for our society and potentially for Syria. I was proud of the team, of everyone who was involved with the campaign and of every single person who signed the petition. Everyone stood up for Syria and took action – and what’s more, we continue to stand strong.