On Friday, November 18, 2022, Islamic Relief South Africa, in partnership with the UNHCR (United Nations High Court for Refugees), officially launched phase II of the project for Assistance, Protection, Education, and Self-Reliance for Refugees and Asylum Seekers (APESRA). In attendance were the rights holders, refugee community leaders, representatives, and CEO of Islamic Relief Canada; representatives from the UNHCR and Department of Home Affairs; officials from the South African Police Service; and key stakeholders, including Scalabrini, MRASA, and Africa Unite, among others. The proposed support will run over 18 months and holistically improve the livelihoods of 199 refugees and asylum seekers in Cape Town, South Africa. The assistance offered by Islamic Relief is free and based on need, regardless of race, gender, religion, sexuality, or nationality. 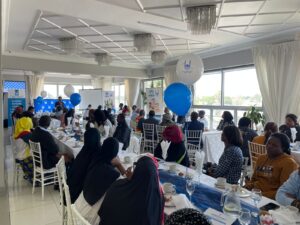 Social justice is one of Islamic Relief’s core values. We will continue to be in the service of those who are marginalized and have no voice.

The main objective of this project is to promote peaceful coexistence among the local community, promote self-reliance and improved livelihoods, ensure optimal access to quality education, provide psychosocial support, and promote food security among refugees and asylum seekers in South Africa.

We pray that this initiative between Islamic Relief South Africa and the UNHCR brings relief and positive change in the lives of the right-holders, their families, and the communities in which they reside.