Imagine starting off feeling flushed. Then there is the fever which slowly gets worse. You lose your appetite. You feel weak, so weak you can’t even move.

Then imagine falling unconscious, and waking up in a hospital surrounded by other sick people and you don’t know what’s happened. You’re miles from home.

The hospital is three hours’ drive from where you live; the only transport is a bicycle. You won’t be able to see your family for the next two weeks.

Imagine all of this is because one mosquito bit you while you were sleeping. It’s something that could have been avoided but your family couldn’t afford a bed net.

This is the reality for millions in the world today, who face malaria across sub-Saharan Africa and many other parts of the world. What makes this hard to read is that malaria is a disease that is preventable with the right tools and good health education.

We have real, living proof that we can end malaria. Simple, effective measures such as mosquito nets, malaria tests and effective medicines, all underpinned by education have made great steps in eliminating malaria.  Let me throw you some great stats:

Yet there is still more work to be done. Sadly a child still dies every 60 seconds because of malaria.  We need to build on the successes and keep the momentum going ensuring increased funding to improve access to malaria prevention and treatment.  By doing so we can save 3 million lives in Africa by 2015.

April 25th marks World Malaria Day, a day of recognition about the scale of malaria and our historic opportunity to end deaths from this preventable disease.  Islamic Relief carries out malaria prevention work in African countries including Ethiopia, Mali and Sudan. 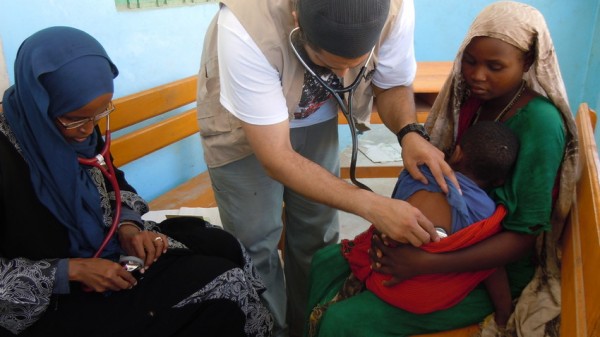