Why we must Honour Her to end sexual violence in conflict

June 19th will be a special day for many of us. Lots of this blog’s readers and Islamic Relief’s supporters will be continuing to celebrate Eid-Al-Fitr and reflecting on the Holy month of Ramadan.

What you may not know is that there is another more solemn reason to think about this day. June 19th is designated by the UN as the International day for Eliminating Sexual Violence in Conflict.

Earlier this year, Islamic Relief UK launched our new Campaign Honour Her. The campaign draws attention to the staggering level of violence experienced by women and girls worldwide. It’s estimated that 1 in 3 women will experience physical or sexual violence. Our campaign calls on governments around the world to do more to protect and empower women.

The International Day for Eliminating Sexual Violence in Conflict focuses on one of the most emotive aspects of what is collectively referred to as Gender Based Violence (GBV). Sexual violence including rape is a horrendous human rights infringement and still, the scale of these crimes has been staggering in recent conflicts. It’s estimated that as many as 500,000 women were subject to sexual violence during the 1994 Rwandan conflict alone.

Islamic Relief has long supported communities affected by conflict. Over the last decade, we’ve particularly stepped up our work to empower and support women. As part of this, we’ve also taken action to support women who have been subjected to sexual and gender based violence during, or in the aftermath of conflict.

One example of this is our work in Lebanon. In 2016, Lebanon was home to over a million refugees who had fled from the Syrian conflict.  The UN High Commission on Refugees estimated that around 43,000 of these refugees were at risk of GBV or Sexual Violence. Forced prostitution rings targeting refugees were reported. In Lebanon, we saw the grave reality of conflict. When communities are destabilised, the risks of women being subjected to violence goes up.

To support women who had been affected by sexual or gender based violence, Islamic Relief Lebanon initiated a pilot project based out of the town of Saida in the south of the country. From this facility, Islamic Relief staff began a programme of support for female refugees including operating a hotline which women could call for advice in the event of experiencing sexual or gender based violence. As part of the project, Islamic Relief Lebanon’s staff and volunteers ran sessions with female refugees to ensure they knew how to report crimes of sexual and domestic violence. They also provided psychosocial support and counselling for those who had been most significantly impacted. One night a week the facility in Saida was available as a safe space for women.

One particularly important aspect of the project was helping young girls better understand what type of behaviour were acceptable. These lessons called “Good vs Bad touch” used creative forms of communication including puppet shows to educate girls about what they should do if they experienced inappropriate sexual behaviour. 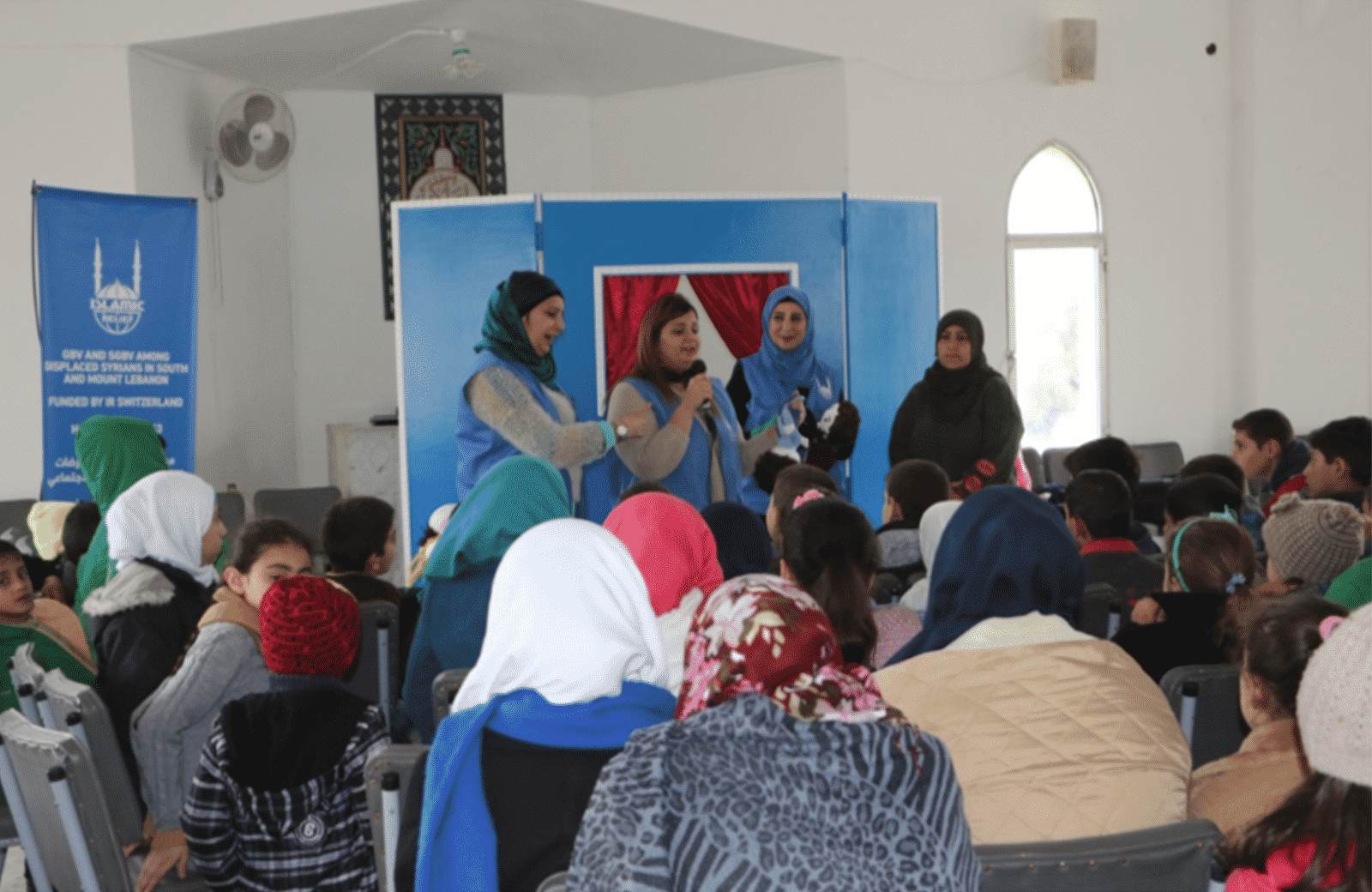 Islamic Relief is still at an early stage of this work and have much to learn on how we can best do this, particularly in active conflict zones. 2018 has been an important year in our journey with both the launch of our Honour Her campaign in the UK and our suite of policy papers at the UN in March. We hope that in years to come, our increased focus on this area will help us to support more women and girls impact by sexual and gender based violence.

The Honour Her campaign calls on all men and women to stand up and say that there is no honour in gender based violence. Throughout the summer, we’ll be sharing more case studies of how our work is helping to save and change women’s lives. Later in the year, we’ll be calling on your support to make our campaign heard with the UK government and ensure that they maintain their ambitious plans to help women and girls facing violence.

If you’ve not already signed up to the campaign, join hundreds of other campaigners here and stand in solidarity with women and girls around the world with this simple call – We must #Honourher.