The UN Summit for Refugees and Migrants (read our quick guide here) is a watershed moment for refugees all over the world. Here and now, heads of state must commit to the protection of refugees and to the establishment of a more humane and coordinated response to hosting refugees and supporting their long-term resilience.

We call on all nations to make welcoming forced migrants and protecting their dignity the central tenets of their response to the global forced migration crisis. Specifically, we ask states attending the summit to commit to the following:

What does Islam say about refugees and forced migrants?

Islam has a rich heritage of forced migrant protection, stemming from the original teachings of the Qur’an and examples from the lives of Islamic prophets. Central to the Islamic tradition are the concepts of welcoming and dignity.

The Qur’an calls on humankind to fulfil the role of protectors and helpers to “those oppressed men, women and children, who cry out, ‘Lord, rescue us from this town where people are oppressors!’” (Qur’an 4:75), and promises that those escaping persecution will find “many a refuge and a great plenty in the earth” (Qur’an 4:99). 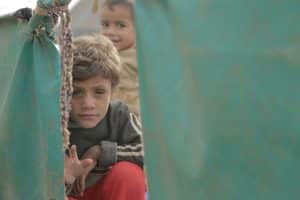 Islamic teachings emphasise that refuge is the divine right of the persecuted, and humankind has the responsibility to provide shelter and protection to those in need, wherever they seek it.

The world’s six richest nations are hosting fewer than 9% of the planet’s 65 million refugees.

Unfortunately the international response to the forced migration crisis has been patchy. In many cases nation states have failed to meet their basic commitments to refugees under international law. According to UNHCR figures, the world’s six richest nations (by the World Bank’s GDP ranking) are hosting fewer than 9% of the planet’s 65 million refugees, and many are demonstrating a strong reluctance to open their borders to refugees by exaggerating threats to security, culture and economic stability.

Many refugees currently reside in countries that have failed to ratify the Refugee Convention, and millions each year continue to be born stateless without access to basic human rights.

Dignity is considered a central aspect of human identity, as the Qur’an speaks of how God “honoured the children of Adam” (Qur’an 17:70). Protecting human dignity is therefore a critical responsibility. Rather than treating forced migrants as social and economic burdens, the Qur’an commends those who “show love for those who migrated to them” and “give [the migrants] preference over themselves even if [the hosts] too are poor” (Qur’an 59:9). 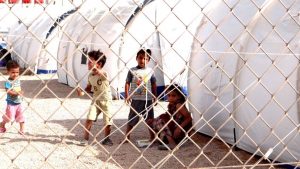 Forced migrants are to be regarded as brothers and sisters, afforded the same rights and protection as all citizens, and should be encouraged to attain independence and self-sufficiency in their new communities.

Many of the world’s refugees are hosted by countries which lack the resources or legal frameworks to adequately meet the needs of forced migrants – leaving them vulnerable to violence, exploitation and inhumane living conditions. Ensuring refugees have access to education and sustainable livelihoods is essential for their long-term resilience.

Education builds knowledge and skills for self-reliance and resilience and can contribute to peace and security. Children in school are better protected from trafficking, illegal adoption, early and forced marriage, sexual exploitation and forced labour. Among refugees, only 50% of children are in primary school and only 25% of adolescents are in secondary school (according to UNESCO and UNHCR). National education plans and financial resources are needed to widen access to formal education and enable flexible forms of education and vocational training.

Among refugees, only 50% of children are in primary school and only 25% of adolescents are in secondary school

Opportunities for livelihoods are limited. Most refugees cannot work legally in their host country due to a lack of provision of work permits by the state. Where work permits are provided they are normally restricted to unskilled work and see forced migrants paid significantly less than citizens. For example, according to the United Nations, rising costs and irregularity of employment in Iraq mean 0% of refugee families there are able to meet their basic needs, with livelihoods programmes being one of the most underfunded areas by donors. 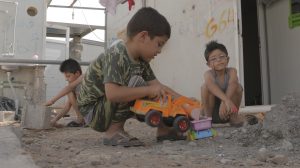 There is also a lack of psycho-social support services available for refugees who have been through traumatic circumstances. Migrant women and girls face specific threats including sexual and gender based violence due to existing gender inequalities that are exacerbated by the crisis, displacement and conflict. Women and girls of older age and disability have an increased risk of violence and exploitation. A study by IASC group on Reproductive Health in Crisis found that access to sexual and reproductive health for displaced women are below minimum standards or absent. Strong gender based violence response programmes to address the need of survivors complemented with strong prevention programming are scarce.