With ten years of ongoing conflict, life is incredibly challenging for millions of Syrians.

A staggering 11.1 million people are in need of humanitarian aid, following what’s been called the “biggest humanitarian and refugee crisis of our time”. 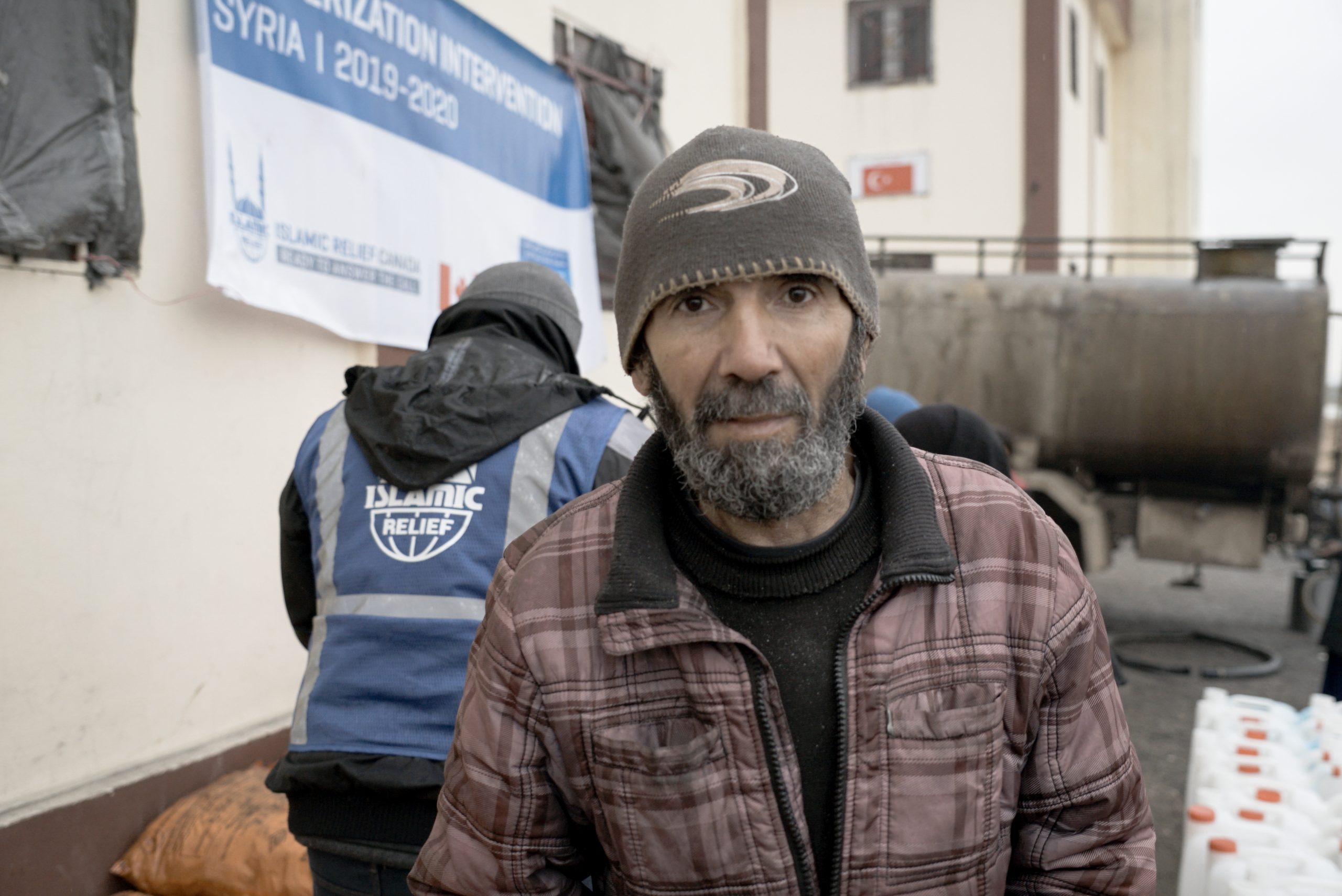 We’re working to support as many people as possible in crisis n. People like Abu Mohammad who was left displaced from his home several years ago due to conflict.

Abu Mohammad is 50 years old and struggling with the effects of war.

After conflict reached his home town, he fled with his wife to the western countryside of Idlib.

The couple stayed there for a few months but unfortunately had to later leave. They couldn’t find shelter due to the huge number of displaced civilian families arriving who’d also fled from the conflict.

For many days they stayed in the basement of a local building. Abu Mohammad and his wife used pieces of cardboard they found on the floor to sleep on at night as they couldn’t find a mattress or a cover.

These were some of the most difficult days of their lives since they left their home in Deir Ezzor in Syria.

After a few days, they were moved to Al-Bab city and given a small house to live in. However, after nine years of war, they are living in poverty and in desperate need of support.

Abu Mohammad suffers from Parkinson’s disease and need medication on a regular basis.

What’s more, the couple were facing a very cold winter, without enough bedding or heating – which they cannot afford:
“We lost everything. We have nothing but mercy from Allah…”(Abu Mohammad)

Thankfully, our teams are on the ground providing critical aid.

Thanks to our winter programme, Abu Mohammad and his wife received a winterisation pack provided by Islamic Relief.

The pack included two blankets, two mattresses, a plastic sheet and vouchers to buy jackets, shoes and socks. They also received coal and fuel for heating. Alhamdulillah, the couple were delighted:

“We were very happy when Islamic Relief provided heating materials for me and my elderly wife… relieving our suffering and troubles in the winter.”
Thank you for supporting Abu Mohammad and his wife.

You truly are life-savers.
Donate Now