It did not take long to drive from perfect normality to total devastation. Heading north from our base in Cebu city, we passed through areas completely untouched by Typhoon Haiyan. But after a few hours we started seeing trees blown down, then suddenly we were in the disaster zone.

The real shock for me was the sheer number of houses blown away. It wasn’t just shacks that were damaged, even well-built concrete houses were ruined. I saw a whole metal roof that had been whipped off and wrapped around a tree by the force of the wind.

Our team from Islamic Relief was going to the island of Bantayan, part of the central Philippines which was in the direct path of the storm. Our job was to do an initial assessment of the situation and start the aid effort.

At first we made good progress. Local people had cleared the roads as well as they could. They knew aid would be coming eventually, so they organised themselves and put their efforts into making sure the trucks could get through.

The locals had done an amazing job. I’ve been involved in disaster response teams in previous emergencies, including the Haitian earthquake and the Somalian famine, and compared to those crises I have found the people here in the Philippines a lot more hopeful. There is a sense among them that they will overcome this and rise again. Their lives have been decimated but their spirits haven’t. Usually people in disasters are much more subdued. 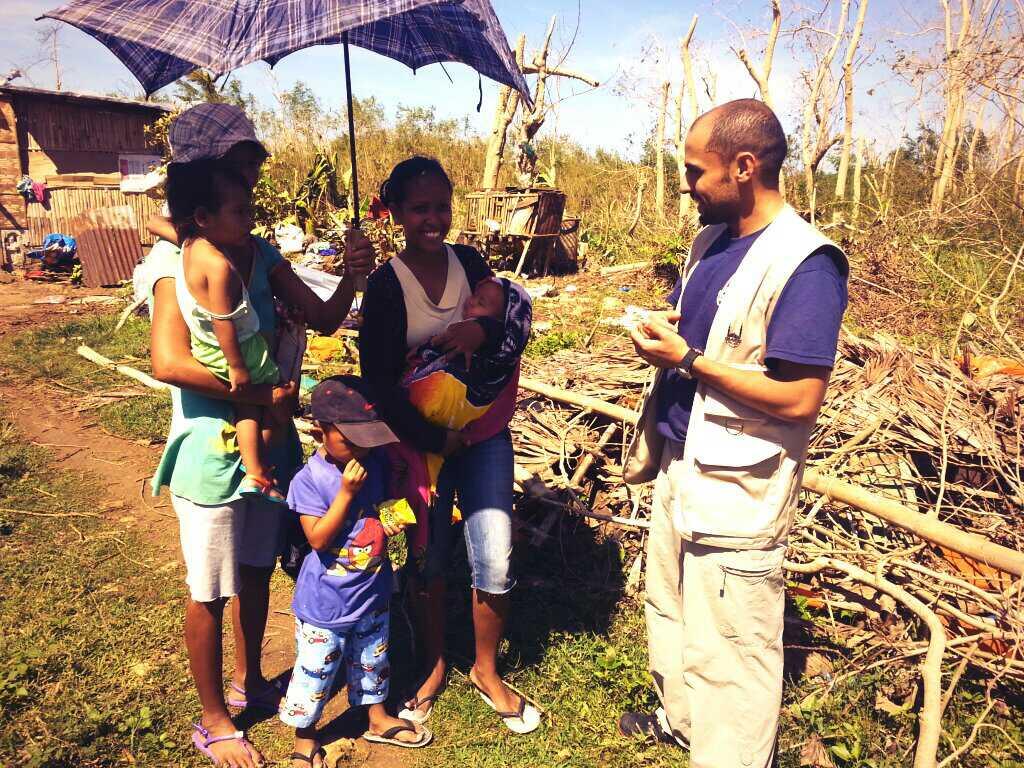 Meeting Edildta Oprel and her family, who kept smiling despite having lost everything.

After taking a ferry to Bantayan, we took an even smaller boat to some of the out-lying islands which no aid workers had yet managed to reach. After discussing the situation with our local partners we decided to go to an island called Botigues. It’s a really idyllic place with amazing beaches, but everything’s been destroyed. There’s not a single building left undamaged – you couldn’t live in any of them.

Families had gathered together what materials they could from the ruins and a large number of people were all sleeping in one room. They survived for days by scavenging for food, looking for coconuts blown from trees and whatever was left behind after the storm.

We were the first outsiders to arrive in the village and at first it was quite tense. There was a lot of expectation and a feeling of “please help us, it’s been nearly a week.” But we didn’t have anything with us. First we have to do an assessment to see what everyone needs. We can’t just turn up with supplies – we need to know how much to bring to make sure everyone gets something to eat.

It took 15 hours to deliver aid to Botigues on our second visit on Thursday. We could only get there on a small banana boat, which was heavily laden – we were feeding 2,200 families with 4kg of rice each, plus other supplies of noodles, tinned meat and water. That’s a lot of cargo for a small boat so there were many trips. At low tide we had to make detours to avoid running aground on sandbanks, doubling the journey time. 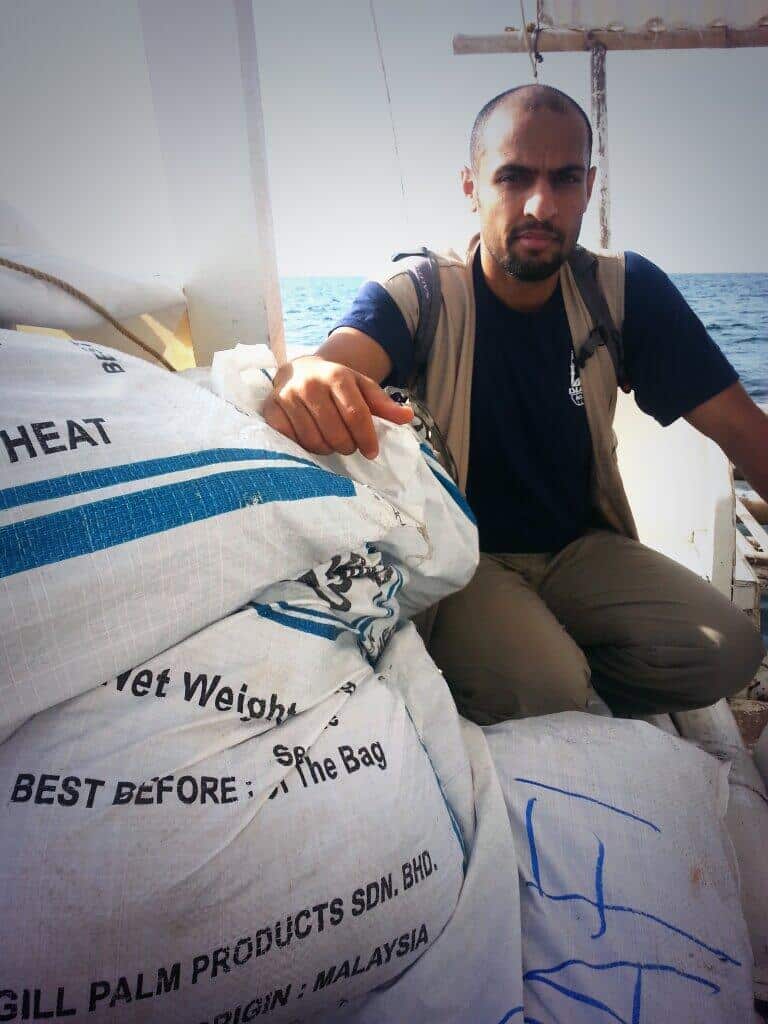 On the 15-hour banana boat journey to Botigues, laden with aid supplies.

The aid didn’t get distributed until the evening, as we wanted to give everything out at the same time, to keep things orderly and as safe as possible for everyone. People were very patient, and when we were ready, all the families on Botigues were very happy. There were smiles all over the place, and a great sense of joy in adversity.

Working with local aid agencies, we have now distributed food to 13,800 families in this part of northern Cebu – around 70,000 people in all. We hope to distribute to 20,000 more families in the coming days, and we are bringing in tents and plastic sheeting too, to give people a roof over their heads – however basic. The needs are enormous, but the fantastic support for the Disasters Emergency Committee appeal in the UK will make a huge dent in the cost of getting aid to those who need it most.

Follow Zaid on Twitter – @zaidalrawni – to get updates on Islamic Relief’s work in the wake of this disaster.