Fighting between government forces and armed groups erupted this week in Mosul city, Ninewa. The city is now reported to be controlled by armed fighters, with the violence already spilling out toward other cities. About 100 people are thought to have died, and hundreds of thousands have fled.

Many are seeking safety in other parts of the city and surrounding areas, and others have headed to the Kurdistan region – which is under significant pressure from the influx of refugees fleeing conflict-torn Syria. In the coming days and weeks, both the death toll and the number of displaced families are expected to rise.

Islamic Relief Iraq is working to support 150 families that have fled to the Kurdish region, providing food, water, and other essential items. In Irbil, capital of Iraqi-Kurdistan, IR Iraq is also planning to provide up to $200,000 (around £117,000) of essential aid to as many as 1,000 families living in a makeshift camp.

Iraq is already facing its worst humanitarian crisis since 2006. Aid agencies, including Islamic Relief, have called for increased international support for humanitarian intervention in the west of the country, where protracted violence in Anbar has forced tens of thousands of families from their homes. Islamic Relief UK is supporting the relief effort in Anbar, where food and hygiene kits are being distributed to displaced families.

To support our relief work in Iraq and other emergency-stricken countries around the world, please donate to our Global Emergency Fund. 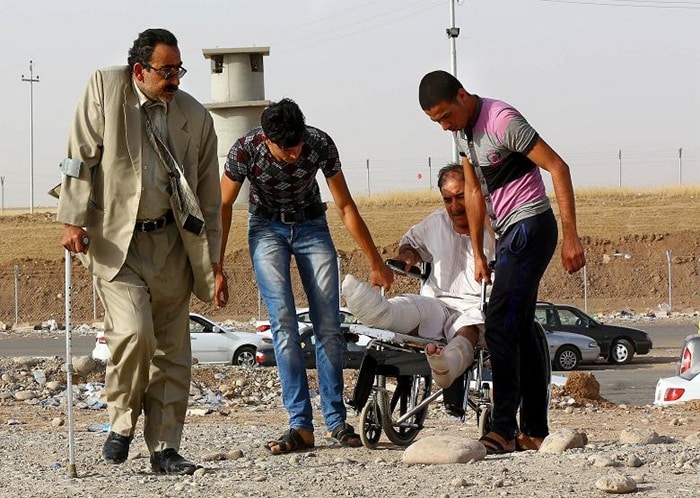