We are part of a broad global coalition of organisations that is urging G20 leaders meeting in Antalya, Turkey, to develop a Middle East Recovery Plan – an initiative to pull Syria’s neighbours back from the brink of economic collapse after more than four years of conflict.

The coalition – made up of international aid agencies, political and labour leaders and the global campaigning organisation Avaaz – is calling on the G20 powers to commit to a plan that provides robust support to the four countries that have hosted the vast majority of refugees since the Syrian conflict erupted in 2011.

Former US Secretary of State, Madeleine Albright, is a supporter of the recovery plan. “After almost five years of conflict, more than four million people have fled Syria in terror,” she says. “G20 leaders in Turkey must focus on the need to rebuild this shattered region so that economic and security conditions are improved. The Middle East Recovery Plan puts important ideas on the table to help the international community forge a better way forward.”

The coalition’s campaign is backed by a new report from the Middle East Investment Initiative (MEII) called ‘The Middle East Recovery Plan: Act Now or Pay Later’. This makes the case for a Marshall Plan-style investment effort in the countries hosting the majority of Syria’s refugees – Lebanon, Jordan and Turkey.

The aim is to help steady their economies, decrease the drift towards extremism and provide a stable basis for political negotiations around what Syrians ultimately crave: a just political solution to the conflict and a lasting peace.

Dr Mohamed Ashmawey, Islamic Relief’s CEO, says: “We must build partnerships and alliances with local host communities, Syrian refugee communities as well as international governments, the private sector and civil society organisations to design a comprehensive plan that provides refugees fleeing their homes the opportunity to work and make a better life for themselves and their families.”

The Middle East Recovery Plan (MERP) is a proposed recovery programme based on mutual cooperation, infrastructure investment and support for local enterprise. Emma Ruby-Sachs, Acting Executive Director of Avaaz, says: “G20 leaders are meeting to finally act to stem the suffering of Syrians all over the world and there’s a people’s plan backed by millions waiting for them.

“Our governments have the power to come together and commit to resettle refugees, provide robust humanitarian aid, protect civilians, and broker real talks for a political transition. If they ignore the call of their citizens, there may be no Syria left to save.”

The coalition’s call for a grand vision for the Middle East is supported by a coalition of international humanitarian organisations including Islamic Relief, Care International, Concern Worldwide,Tearfund and Syrian Relief and Development.

The report’s recommendations include: 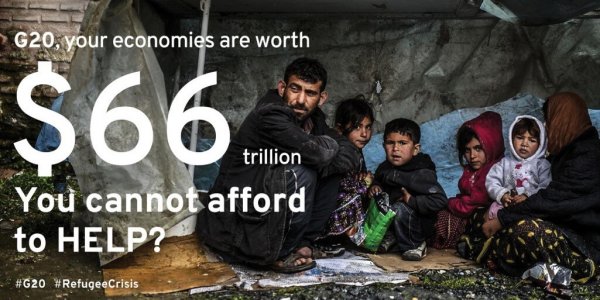 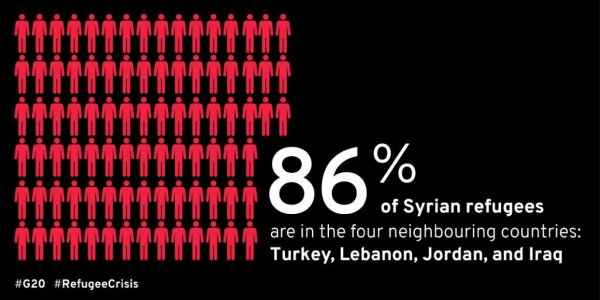