The last few days I’ve had the honour of being amongst 100 amazing and incredible climate activists from every corner of the world in Rome. We all come from different faiths but we breathe the same air, we share the same trees and we live on the same earth. One person’s voice can make a difference but together all OurVoices can be heard by world leaders – just like the Pope heard us and came out to his window to give us a special mention as we marched through the streets of Rome on Sunday.

Islamic Relief welcomed the Pope’s pertinent and wise words calling for us to care for our common home, a teaching at the heart of the Qur’an and Prophetic traditions. The significant statement released by the Pope warns us that: “due to an ill-considered exploitation of nature, humanity runs the risk of destroying it and becoming in turn a victim of this degradation.” As someone whose family lives in Bangladesh, one of the most disaster prone places on the earth, I can hand on heart attest to witnessing the ‘destruction’ on earth by humans that our faith teachings reflect.

The call to action was something that struck me most, as one which all people of faith have been called to do – become true stewards of the earth as “humanity is called to recognize the need for changes of lifestyle, production and consumption, in order to combat this warming or at least the human causes which produce or aggravate it.” Making small and simple changes in our lives, as well as getting real commitment from governments is needed to tackle climate change before it costs more lives.

As a young British Muslim, I care deeply about the environment and believe that the beautiful teachings in Islam on caring for the earth should be translated into action. Being greener and less wasteful is worship we are taught, Allah commands us in the Qur’an to be those people: “It is He Who has brought into being gardens, the cultivated and the wild, and date-palms, and fields with produce of all kinds, and olives and pomegranates, similar (in kind) and variegated. Eat of their fruit in season, but give (the poor) their due on harvest day. And do not waste, for God does not love the wasteful.” [Quran Chapter 6, Verse 141]

The multicultural and enriching discussions exploring the deeply connected faith teachings we all have on so many levels showed me that our common cause of protecting our environment transcends borders, cultures, religions, race and background. We are truly one family of God’s creation on earth appointed to protect all the things we love. Meeting friends of other faiths, having conversations  which allowed us to become better aware of how we can care for our earth and connecting with such inspiration individuals give me hope that together as an Ummah, we can revive the Prophetic teachings of being green Muslims. The Prophet (peace and blessings be upon him) said: “Allah has made the earth green and beautiful, and He has appointed you as stewards on it.” Let’s become true stewards of  the earth and join the movement on climate change. 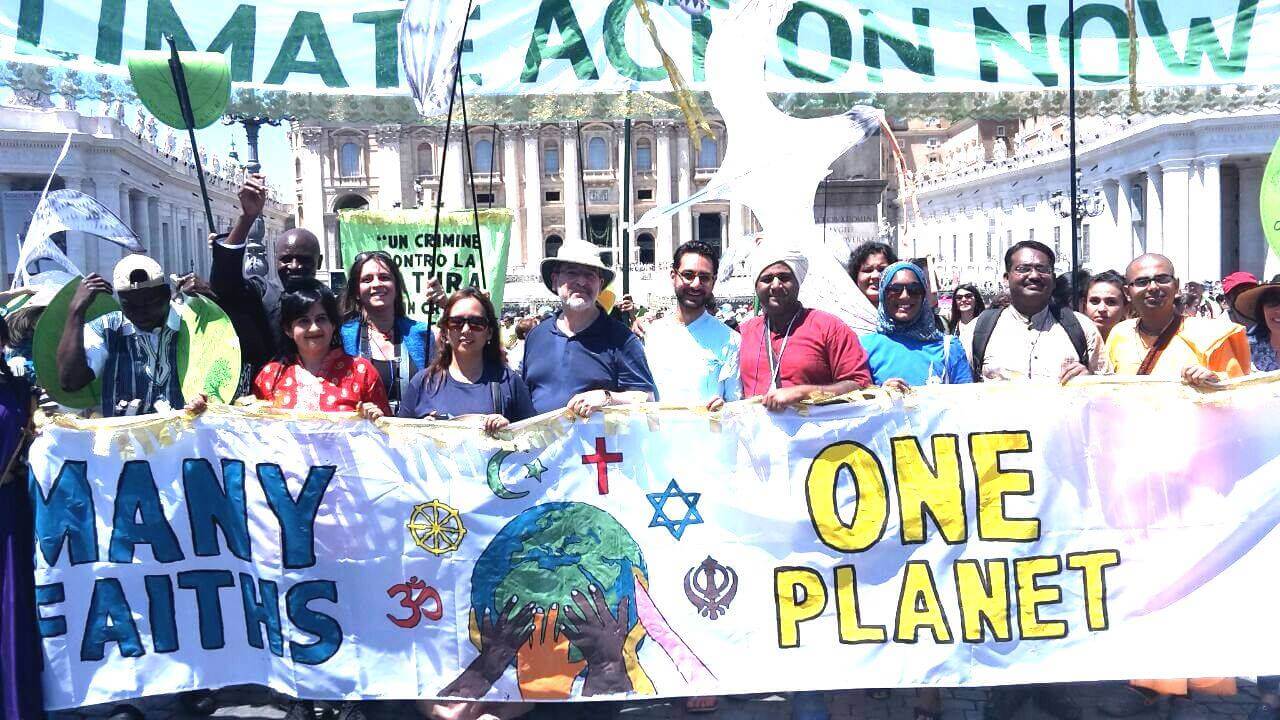