Jewel, 12, lives in a hut with his mother and three siblings. His father died when he was just seven years old, and his mother could not earn enough money as a domestic maid to keep Jewel at school. He started work at a local dockyard with many other children. The work – even for adults – was exhausting, dangerous and life-threatening. He had been working there for one year when he fell from the ship he was helping to weld. Jewel’s right hand was broken. His family’s poverty meant he did not receive essential medical care. Jewel’s family is just one of many living in the slums of Subaddya union, in downtown Dhaka, Bangladesh. Most of the residents work in the shipyard, transport mechanic workshops, the garments industry or in small factories.

The harsh realities of life in the poverty trap – as well as a lack of access to even basic education – mean that children are exposed to dangerous labour which puts their health and development at risk.

Within months of his accident, Jewel joined an Islamic Relief project caled ‘Reducing Hazardous Child Labour in Keraniganj’. His family now receives a small, regular stipend so that they can afford to get by without Jewel having to work. We’re also giving training to women like Jewel’s mother so that they can start and run small businesses, earning enough to support their families in the long-term.

Now, he is able to receive the education that he needs to access a brighter future, and the living conditions of his family have improved.

“I am now regularly attending school,” said Jewel. “I would like to continue my education, through which I can get a respectable job and help my family to lead a decent life.” 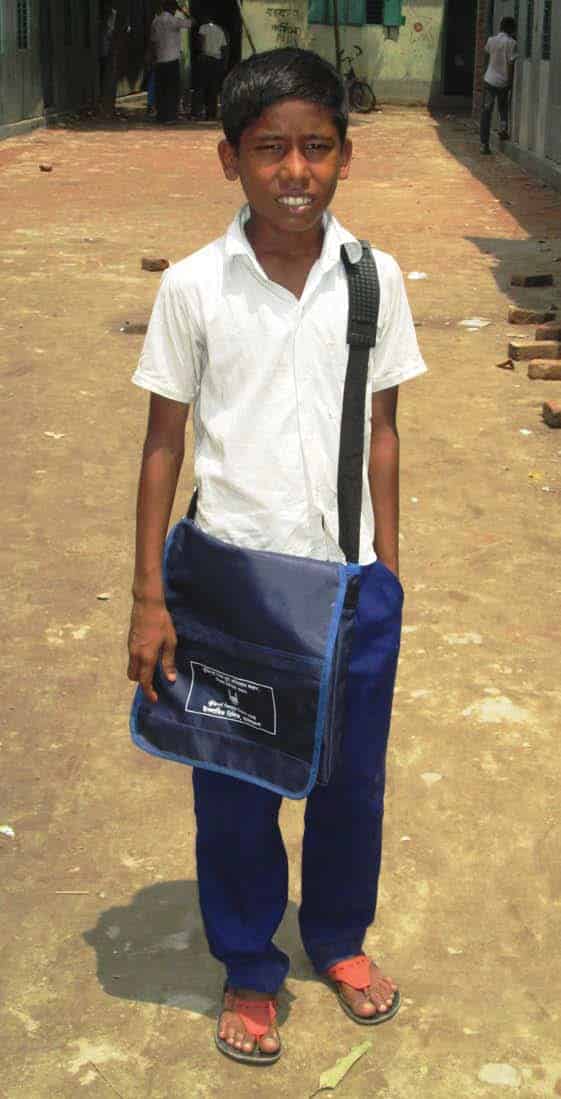 Jewel on his way to school

As well as supporting families like Jewel’s, the project’s hard-hitting awareness campaign targets families, employers, teachers, and the communities where hazardous child labour is a reality. Together with the government, employers, the private sector and civil society organisations, we work to promote understanding of the negative impacts of dangerous child labour, and push for changes in attitudes and policies to better protect children.

Following the pilot project’s success, we hope now to begin replicating it elsewhere in Bangladesh where child labour is putting children at risk.

Read more about our work in Bangladesh in the Islamic Relief Bangladesh Annual Report 2013.