Every year, students vote from a selection of projects provided by Islamic Relief, all meeting real and pressing needs for children and orphans around the world.

This year, the students knew they wanted to continue supporting the people of Syria, both inside the country and in neighbouring countries. They dedicated over £200,000 to projects benefiting Syrian children, helping Islamic Relief get child refugees in Jordan back into education, as well as providing vital aid to children in the besieged Yarmouk camp.

As horrific images of Palestinian refugees in the Damascus camp surfaced in the media, students took to social media to express their pride at being part of the relief effort: Charity Week tweeted “If following #YarmoukNow see how Muslim youth united to fund aid @oneCharityWeek via @islamicreliefuk & @UNRWA”.

Alongside Syria, Charity Week also allocated nearly £140,000 to our Early Intervention and Rehabilitation Centre in Egypt, which provides sports, education and therapy to disabled children. A further £232,500 is helping us build a Child Friendly Village in Sudan, complete with school classrooms, water sources, hygiene facilities and training for the community on child protection.

Finally, they provided the next yearly instalment of sponsorship for over 100 orphans they have been supporting across Palestine and Pakistan for some years now – students in the UK reaching out to students around the world.

The report also celebrates the incredible hard work of the fundraising team, who balanced their college and university studies with a packed week of bucket collections, bake sales and mountain hikes to raise millions. As well as the hard figures of budget and expenditure, there are fun facts too, like the staggering 1,000 messages sent in just five hours on the Charity Week WhatsApp group!

Ahmed Shaikh, UK National Director, summed up the spirit of Charity Week in his foreword: “For any organization, a decade of existence is a milestone worth celebrating. This applies even more so to an organization such as ours – completely volunteer led and run. However, we prefer to focus on some of the other numbers – thousands of students fundraising, almost £3 million raised, more than 50,000 child beneficiaries in more than 11 countries.” 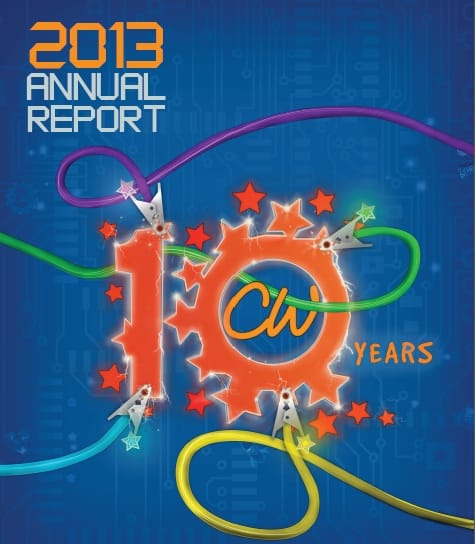