During the war in Bosnia, Almedina’s family lost their home and livelihood. They spent years moving from one temporary location to another, living in poor conditions.  Eventually the family settled in Sarajevo, but tragically, her father died from a heart attack seven years ago.

Almedina, aged 16, is mentally disabled. Cerebral palsy and a brain tumour have left her unable to speak or walk. Her mother is also unwell, suffering from osteoporosis, a painful bone condition. She is unemployed and the family has no regular income – except the orphan sponsorship they receive from Islamic Relief.

The biggest strain on the family is the cost of medical treatment. Almedina’s mother and sister are rejected from society, and they receive no support. Despite their difficulties, her mother maintains the positive energy and strength to move forward:

“I’m a single mother of two girls. Almedina has severe special needs and that is a constant battle for us. We need to keep up with all the costs of the medication, treatments, food…it is a hard battle to recognize her needs, because she can’t speak to me. Things were pretty bad for us; my kids have been through a very difficult time.

I believe in God and He has sent me good people. I have to admit there was a time when I was thinking about giving up. God sent me a sign. I received a lot of help from Islamic Relief, and I know I am blessed. Without good, noble people like Almedina’s donor, I truly don’t know what I would do.

This support makes a huge difference. The best thing is knowing that someone else is interested in seeing my kids happy, even anonymously. It’s good to know that other people care.“ 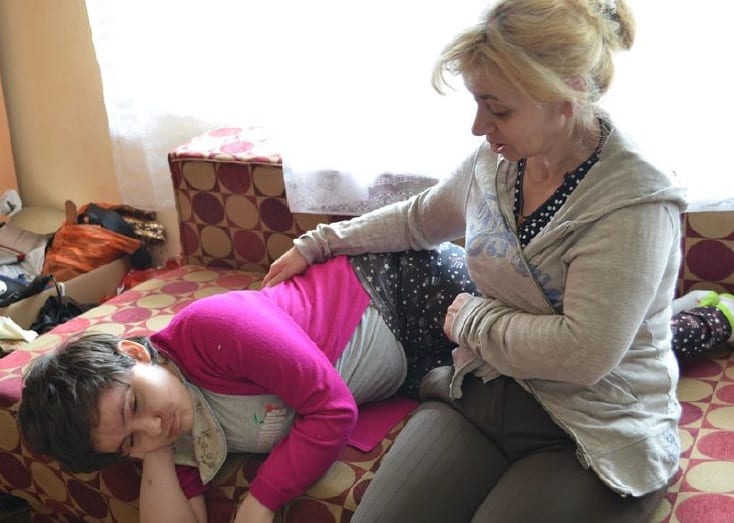 To sponsor an orphan like Almedina, visit our Orphan and Child Support page.